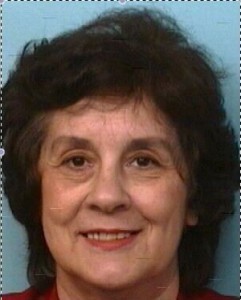 Anything written at this point about likely FY18 funding (effective October 2017) for adult education and education generally is highly speculative. But if the President’s “skinny” budget proposals for 2018 are not significantly altered during the Congressional review and appropriations process, there will be a huge destructive impact across the federal government, including the Departments of Education and Labor and their related programs for high-school completion, college/job-transition, access and upgrading programs for low-skilled adults, workforce skills upgrading, and job training programs.

The Trump Administration is calling for massive cuts in discretionary funding across federal domestic programs, including 14% for the Department of Education and 21% for the Department of Labor. These perilous cuts would cover a huge increase in Defense and related spending and, among other disasters, put heavy emphasis on school voucher choice and charter school programs with consequent decreases for our public school system and for education generally.

Overnight, the nation would lose $3.7 billion in grants for teacher training, after-school and summer programs, and aid programs to first-generation and low-income students. Federal work-study aid for college students would be cut significantly. Numerous organizations that are the standard-bearers for culture and the arts and community development in America would be eliminated or severely damaged.  We are speaking about organizations and programs at the very core of our education and civic affairs, and that reflect much of what is good and hopeful and cultivated about our nation — the Corporation for Public Broadcasting, National Public Radio, the National Endowment for the Arts, the National Endowment for the Humanities, the Institute for Museums and Library Sciences, the Senior Community Service Employment Program of Senior Service America, 21st Century Community Learning Centers, the Community Services Block Grant program, and even Meals on Wheels, to name just a few.

The lives of many millions of Americans will be devastated by these draconian changes if they occur.  To give just one “small” example, the Committee for Education Funding recently reported that if DOL’s Job Training and Employment Services programs alone were to be cut by only 13%, some 1.7 million adults (including youth, dislocated workers, and veterans) would lose access to employment and training services next year.

Of course, the major trade-off for all of these “found” funds would be the construction of the infamous wall along the U.S.-Mexican border, which will apparently cost several billion dollars and which most analysts say would be ineffective (like walls built elsewhere in the world to keep people out or in).

However, Congress is not likely to approve the President’s proposals wholesale.  In fact, one trusted NCAL advisor states “with confidence” that even if these recommendations are “translated into a series of appropriations bills,” it is not certain that they would pass the House and it is extremely unlikely that they would pass the Senate.  Unfortunately, he says, “the situation is not good because budget caps remain in place and there are ‘anomalies’ that people say will lower the caps even more.”

Perhaps we are painting an overly gloomy picture here.  But clearly, America faces unprecedented challenges that call for a new level of commitment and activism from philanthropy and other groups and from all Americans.

Adult education and workforce skills development are just a small part of the overall national environment.  But they are absolutely vital to our future and our role in the global economy.  It is more important than ever that leaders in these areas stay informed and keep speaking out to legislators at all levels for adequate funding for the job training, adult education, ESL, and other Title I and II programs authorized under WIOA.

It’s hard to believe that the nation is under assault as it is.  It is a time to be outraged!  A time to stand up for equality!  A time to demand responsible and democratic governance! Justice and equity at home — and American authority and leadership abroad — require a high standard of moral behavior, policies of inclusiveness, and strong education funding and access.  Nothing less than our founding principles are at stake!

This entry was posted in Uncategorized. Bookmark the permalink.