Posted on September 7, 2016 by Gail Spangenberg 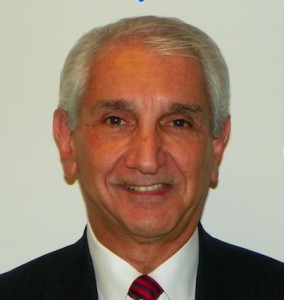 In March 2015, the PIACC initiative of the U.S. Department of Education issued Skills of U.S. Unemployed, Young, and Older Adults in Sharper Focus.  The paper, prepared by the Organization for Economic Cooperation and Development (OECD), provides the first set of results from the 2014 U.S. PIAAC supplemental survey with data on Americans aged 66-74.  (The 2012 PIAAC survey of 24 countries was limited to adults aged 16-65.)  Those results document the persistent disparity between U.S. older and younger adults in literacy, numeracy, and technology-related problem solving in our nation.

Unfortunately, despite these new findings and similar findings in past surveys, little attention has been given to the circumstances and skills needs of older adults.  Federal and state legislation and most media coverage stress the basic skills of younger adults, especially in relation to  America’s economic competitiveness. (See footnote 1.)  And OCTAE missed a recent opportunity to highlight new PIAAC data about the skills of older Americans in its three-page synopsis, Adult Workers with Low Measured Skills: A 2016 Update, which uses the new data to “refresh a profile of lower-skilled working age (16 to 65 years old) Americans.” The paper points out that “two-thirds of Americans with low literacy skills are employed —totaling 20-23 million adults, a significant population of workers.” But it doesn’t include the new data about persons age 66-74—despite the fact that in 2015 some 7.23 million U.S. workers aged 65-74, or 4.6% of the total, were in the labor force.(2)  (Note: NRS data show that for 2014-15, persons 60 and older comprised little more than 4 percent of participants in adult education programs.)

Literacy surveys going back to the 1992 National Adult Literacy Survey and the 2003 National Assessment of Adult Literacy indicate that older adults were consistently more likely than their younger counterparts to have the lowest proficiency scores in literacy and numeracy. The 2012 and 2014 PIAAC surveys further document this persistent disparity, adding a new measure of technology-related problem solving. Yet government and media attention has remained almost exclusively focused on U.S. workforce competitiveness, with little consideration of how low literacy at any age affects social well being and self-governance.

A 2015 paper commissioned by the American Institutes for Research, Adult Education and Training Programs for Older Adults, tried to move things in the right direction where elderly adults are concerned.  The paper found that participation in “adult education and training” not only influences labor market outcomes for older adults but also produces significant benefits to the economy. It points to several variables that restrict action and understanding in this area, and calls for policy development and investments that keep older Americans working longer, a call also being made internationally by OECD. Although it speaks largely in terms of older adults up to age 65, it recognizes that ages 65-75 make up a growing percentage of the population and labor force, and that these people need to participate much more in Adult Education for both economic and social reasons.

Why is there such scant attention to the literacy skills of the 86 million Americans 55 years and older? These people will comprise 26% of our total labor force by 2022!   This lack of attention appears to be yet another example of AGEISM, a topic extensively discussed in the following articles which we urge adult educators to check out:  A History of Ageism Since 1969, The Pernicious Problem of Ageism (which aims, through an effort by several organizations, to “reframe aging”), and the Revera Report on Ageism: Independence and Choice As We Age (a new report from Canada’s Revera Living and Sheridan Centre for Elder Research).

From our vantage point at Senior Service America, we think adult literacy advocates should be speaking out more about the need to increase the participation of older Americans in Adult Education programs.  We need a far wider awareness and understanding of the relationship between low literacy skills and the future of our system of government and our participatory democracy.  Both are just as important as the health of our economy.  America’s increasingly diverse and complex society makes high demands on everyone’s reading, numeracy, and problem-solving skills, older adults included.  For example, how can poorly skilled voters at any age make informed decisions on ballot initiatives and referenda about complex issues like carbon emissions, global warming, and raising the minimum wage?  And how can current and potential workers, including unemployed workers, qualify for or advance in jobs they need without adequate basic skills, which are just as essential if not more so than job-related skills?

For decades, adult literacy surveys have shared the same vision, a vision adopted by PIAAC:  Literacy should enable an individual “to participate in society, achieve one’s goals, and develop one’s knowledge and potential.”  The foreword to the OECD Skills Outlook 2013: First Results From the Survey of Adult Skills, expressed it this way:

“…the impact of skills goes far beyond earnings and employment. In all countries, individuals with lower proficiency in literacy are more likely than those with better literacy skills to report poor health, to believe that they have little impact on political processes, and not to participate in associative or volunteer activities. In most countries, they are also less likely to trust others.”

The Skills Outlook 2013 report provides detailed information (pp. 234-244) about how low literacy is harming our nation. Most notably, unlike in most other countries, low literacy in the U.S. is very strongly correlated with three of the four social outcomes cited above: poor health, lack of political efficacy, and low participation in community activity.

For older Americans, proficiency varies considerably, not only by educational attainment but also age, income level, employment status, gender, and race/ethnicity. We aspire as a nation to equal opportunity and equity, but the PIAAC findings paint a disturbing picture of the influence of socioeconomic status on Americans’ skill proficiencies.  In contrast to most other countries, socioeconomic status in the U.S. is highly correlated with adult proficiency levels. In 2013, the difference in literacy proficiency scores between the lowest and highest educated Americans was greater than in any other country.  Indeed, the U.S. has the highest income inequality, the second highest skills inequality, and the greatest odds that low-educated adults will have low proficiencies. (One bright spot is that these relationships are weaker and closer to the international average for U.S. adults aged 16-24 years old.)

The PIAAC report cited in the first paragraph above corroborates the importance of education, employment, and health status on the three types of literacy proficiencies assessed. The data show that older Americans with the highest proficiency scores are much more likely to be college graduates, to be employed or in the labor force, and to have very good health status.  That same survey shows somewhat higher percentages in most of these categories for those aged 55-65,  although it is still substantially below the scores of adults under age 55.  The overall differences in the age 66-74 group were particularly evident in the different backgrounds of those who had the highest and the lowest proficiency scores. For example, those who reported their health status as ‘fair’ had a larger percentage at the bottom of the proficiency distribution (Level 1 and below) in literacy and numeracy than those whose health status was good, very good, or excellent. In the area of employment status, a greater percentage of those employed compared to those out of the labor force performed at the highest proficiency level in numeracy (Level 4 or 5, 10 percent vs. 4 percent, respectively).

These age-related disparities could readily be ameliorated if adult education and training (AET) services were more widely available and marketed to all adults (along with a much-needed increase in federal funding).  Unfortunately, older Americans with the least education and lowest incomes are least likely to have access to either job-related training or adult education in general (and federal funding has decreased in real dollars, causing a corresponding drop in enrollments across the board).  Phyllis Cummins and Bob Harootyan analyzed PIAAC’s 2012 data for the participation of the 45-65 age group(3) and found that the 45-54 age group was more likely to be involved (56%) than the age 55-65 group (50%). More notably, 65% of the age 45-54 group who were employed took part in adult education and training, compared to only 30% of those who were unemployed.

Labor force status in the Cummins-Harootyan analysis also shows large differences. Only 21% of those aged 55-65 who were not in the labor force participated in AET, compared to 64% who were in the labor force. Significant differences also existed for the age 45-54 group. AET participation was also strongly related to income level (and by level of educational attainment). In the age 45-54 group, 47% of those in the third with lowest income, 66% in the middle third, and 83% in the highest third participated in AET. The corresponding AET percentages for the age 55-65 group were 50%, 66% and 77%, respectively.

What it all comes down to is that whether older Americans are in the labor force or not, a large number of them would benefit by higher literacy proficiency. Their engagement in the labor force, interactions with family and friends, volunteer work in the community, and involvement in society as a whole will be enhanced by higher levels of literacy, numeracy, and technological competence. It will certainly improve their overall health and well being. And our economy will benefit to an extraordinary degree by fuller involvement of older Americans in the workforce.(4)

Current efforts to reframe aging and reduce ageism must include a societal investment – public and private, national and local – in the capabilities and contributions of older Americans. The human potential of such an investment in the well being of 86 million older Americans makes perfect economic and social sense.

It’s clearly in our national interest as a democratic society to strengthen the literacy skills of older Americans right along with investments in our younger adults.  ◊

(1)  For a case in point, see Education Week’s “U.S. Millennials Come Up Short in Global Skills Study.”
(2)  For further information, see www.bls.gov/news.release/pdf/disp.pdf.
(3)  See As the Workforce Ages, Older Workers Need More Support and Greater Opportunities for Training and Development, Phyllis Cummins and Bob Harootyan.
(4)  “What does age have to do with skills proficiency?,” IN FOCUS #3, Survey of Adult Skills (PIAAC), April 2016.

This entry was posted in Uncategorized. Bookmark the permalink.